We have an up-close and personal chat with NRF Fighter BRODIE STALDER.

Brodie was recently selected by Muaythai Australia as one of the Australian Coaches for the 2017 Junior IFMA World Championships and he is currently in Thailand with the team helping, training and supporting our Juniors to perform at their absolute best.

Australian Muay Thai bantamweight Brodie Stalder knew he wanted to be a fighter from a very young age. Like any ten-year-old, he loved playing sports with his mates, including the massively popular Australian rules football.

However, as smaller-sized child, he realised he wouldn’t stand a chance playing against boys much bigger than him, leading him to take up a new sport.

While most Australian kids his age would consider other popular sports such as cricket, Brodie instead opted to try his hand at Muay Thai after a suggestion from a friend – and he hasn’t looked back since.

“I originally played football and realised these boys are too big for me. A friend of mine told me to come to a Muay Thai session when I was 10 years old, I quickly realised I could compete against people my own size.” he explains.

“Since then I’ve loved the sport.”

It’s a sport that looks brutal to the untrained eye, but Muay Thai is anything but this.

Respect is an intrinsic component of any martial art, and Muay Thai is no different. Teachers, training partners, and opponents are shown the upmost respect, as evidenced by the pre-match ritual Wai Kru.

These aspects played a big part in Stalder love and passion for Muay Thai.

“The culture of the sport is what drew me to Muay Thai, the respect people show inside and outside the ring” he says.

Of course, like any martial artist, a strong competitiveness in Stalder further increased his passion for the sport, and it doesn’t get more competitive than fighting – and winning – at a professional level.

“I love competition, the feeling of being in that ring, it’s where I feel most comfortable and most of all I love to win.”

Stalder clearly had this drive to compete from a very young age, and he still recalls the moment he first decided he wanted to fight professionally.

“As soon as I did my first lesson” he remembers fondly.

“I pretty much wanted to fight as soon as I started, so I dedicated myself to training and learning as quick as I could.”

He clearly took to his training, having his first fight at just ten years of age.

“I had my first fight at 10 years old, it was so long ago I couldn’t tell you how I felt, but I’m guessing scared shitless”

“But the day I don’t get nervous is the day I stop.”

That was quite some time ago. Stalder has been training nonstop in the 18 years since his first lesson, which takes some serious commitment when you consider the rigours of training and competing in Muay Thai and any other martial art.

Training, fighting, weight cutting –  professional combat sports certainly isn’t for the faint hearted – and that’s before you even consider your professional and private life.  Yet the 28-year-old remains as motivated as ever.

He cites a ‘pure love’ for the sport, while also explaining how his family and newly opened gym keep him motivated.

“My wife and kids are my biggest inspiration and keep me motivated. Now we have opened up our own gym I have the space and equipment I need 24/7, so besides my day job, there’s no excuse not to train my hardest.”

And training hard is something Stalder excels at. Before setting up his own gym, he was training out of his own garage, and after many inquiries about taking on his own pupils to train, Stalder thought about opening his very own gym.

“We sat on the idea for a bit and one night decided we wanted to make it happen, 3 weeks later we opened up Team Stalder Muay Thai.”

Now, he is able to pass down all of the skills and knowledge he has learned over his incredible career to the next generation of martial artists. As a coach,

Stalder has a lot to offer despite still being an active fighter.

“I really enjoy training others, especially the kids, just watching over time their confidence grow is rewarding. Still being an active fighter, I love being able to get in there and train with everyone and physically demonstrate how to do the techniques”

He also cites his first fight with Chris ‘Tiger’ White as one of his best fights.

“[It was] My first time over in Perth and against such a skilful fighter and one of the best in Australia. It ended in a draw but was a great fight.”

As for what the future holds, Stadler shows no time of calling quits on his professional career any time soon, although he does have an eye towards a future as a trainer. Just by hearing how he speaks of coaching children, including his own sons, it’s clear how much of a great future he has a coach.

“I really enjoy seeing the next generation of kids coming through and seeing how much they love the sport.

“I want to be a role model for my kids and our juniors, show them if you want something bad enough you have to work hard for it. That’s what keeps me going.

“In the future, I would love our gym to be successful, thriving with Muay Thai lovers and producing many champions”

Thank you for sharing your time with us Brodie.

To book Brodie Stalder for a fight, get in touch with our NRF Fight Management Team

Categories: Featured Fighters
Want to stay up with the lastest fight news & fight opportunities? Join our mailing list <--Back 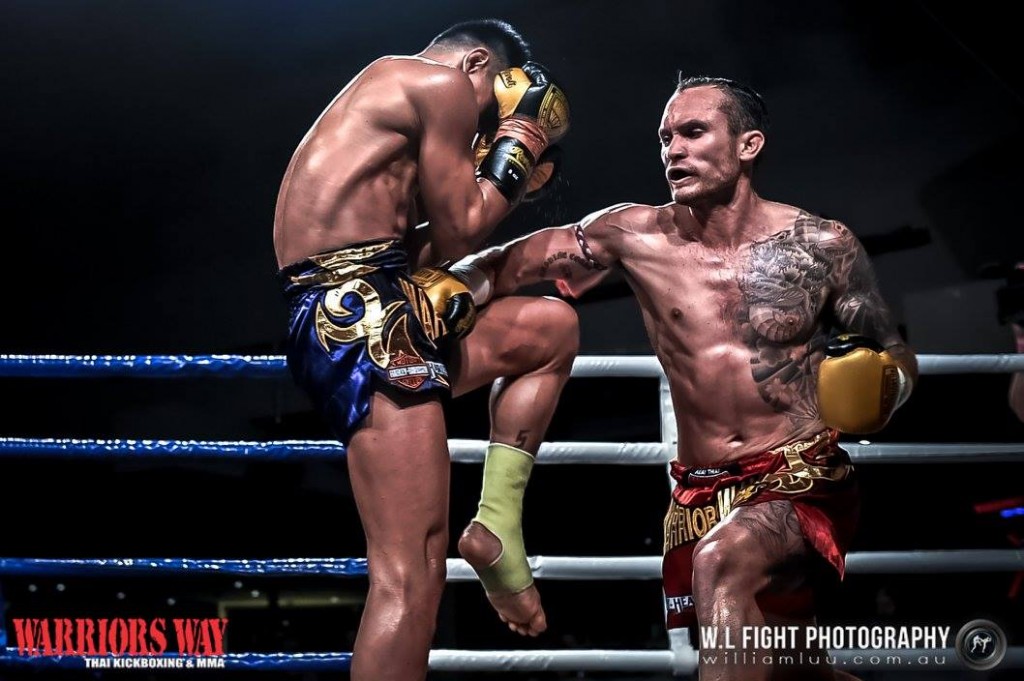 VICTORIA Brodie Stalder from Team Stalder Muay Thai in Queensland, fought against a tough Thai Sinbi fighter and unfortunately lost on unanimous points decision in the… 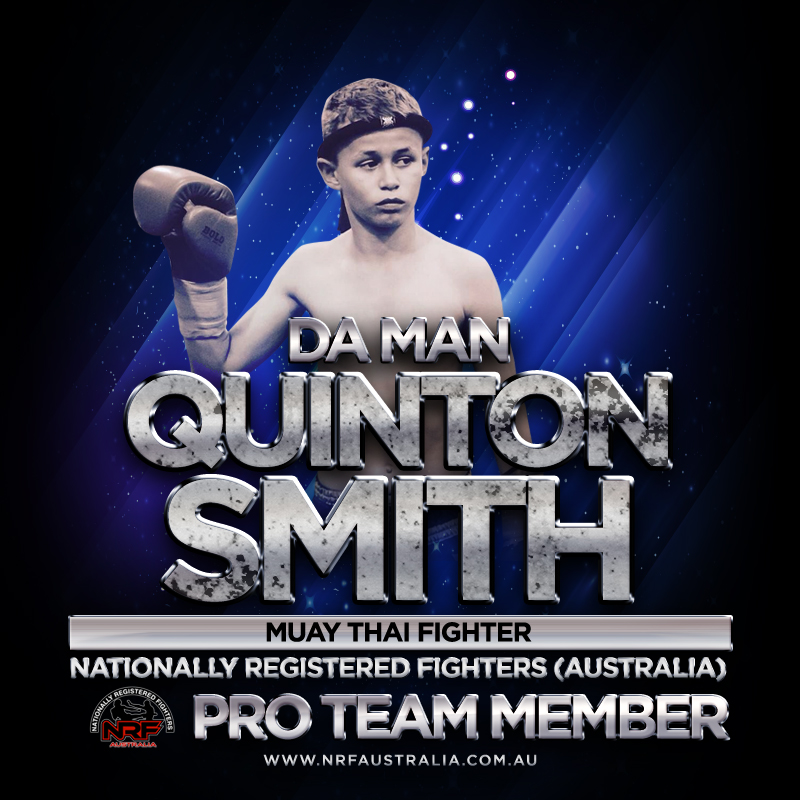 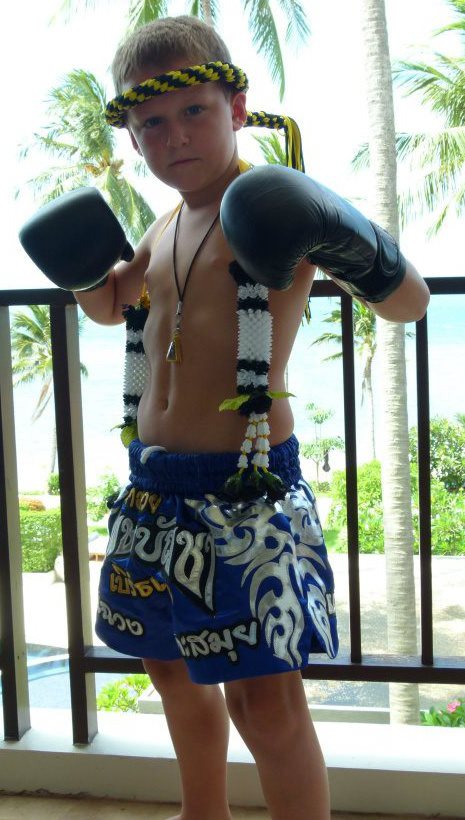 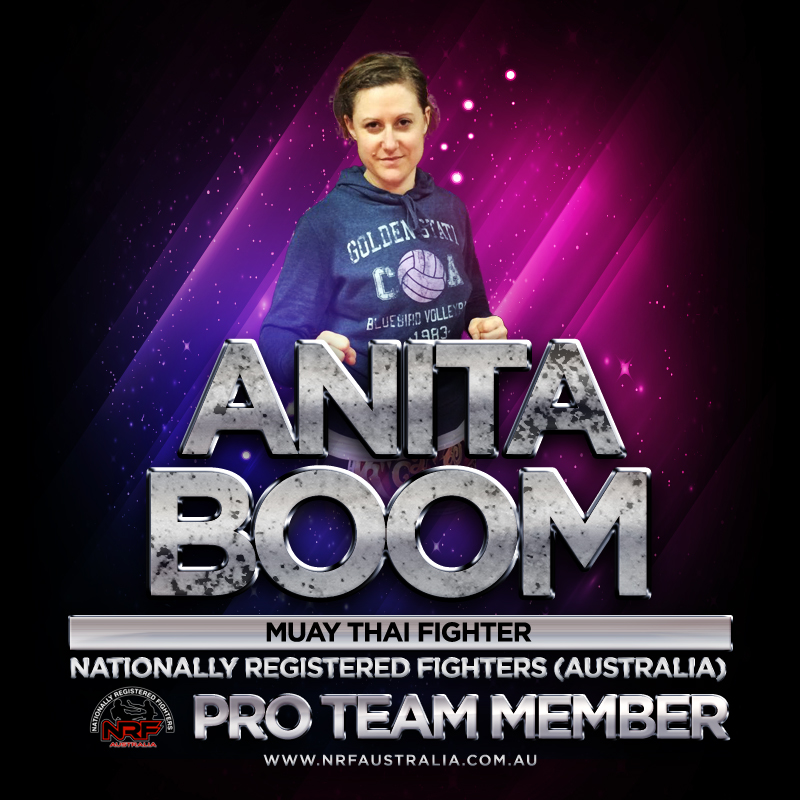 This month we have an up-close and personal chat with Pro Member ANITA BOOM. Anita tells Nationally Registered Fighter’s how she started in self-defence as…