December QLD NRF Muay Thai Fighter Corey Crittenden stepped into the cage, stepping it up to challenge on a more experienced fighter, Corey put his heart and soul into both his training in the lead up and as soon as he stepped through the cage doors.  Coming away with a 2nd round TKO loss, here’s what Corey has to say to his opponent after the fight:

“…last night was awesome from the word go, would really like to thank Nick for accepting the fight. It was the toughest fight i’ve had yet and what an experience it was. It was definetly an amazing opportunity to go up against you and what a mean as challange it was, defiently got me a few good ones, was a great experience and a big eye opener thank you again”

A bit of a recap of the fight from Corey’s trainer, Gary, which he posted on Facebook..

“…Corey’s prep for this fight has been amazing, learning a new style of fighting in just 3 weeks.

When the fight was on it was an amazing fight. Probs the best fight Corey has had to date. He took it to the Monk and gave him a hard fight taking out round 1 with work rate. Just as I was leaving the cage between round 1 – 2 Corey said to me I am feeling dizzy Gaz. I said to him that it could be adrenalin dumping, work smart in round 2 and don’t over do it, I am watching you. Corey looked solid too going in to round 2 keeping up that fast hard work rate. and then Nick came up with a pearler of a shot that landed on the button and dropped Corey and gave him an 8 count. This worried me from what Corey said to me between R1 & R2 but he was up fast and ready to punch on. 1:32 in to the second round Corey was caught with a cracker of a right cross under his right eye and hit the deck again. To me it wasn’t even a second thought. I grabbed the towel and it was straight over the fence and luck have it, landed on the ref’s arm. The thought and emotions that ran through my mind to make that decision was crazy.

All I could think of was what Corey said to me between rounds. I just thought to myself. You came here, you fought someone that is a world champion with 29 fights to your 13, you was up at the end of round 1, and was looking solid in round 2. Stay down pal, you have done enough, and over the towel went.

You earned a completely different kind of respect last night Corey. From me and a lot of people in that arena (and there were over 1500 of them). Like your walk out song says mate. I will fight till I take my last breath, I got a heart of a warrior. Last night you put them words in to reality mate” 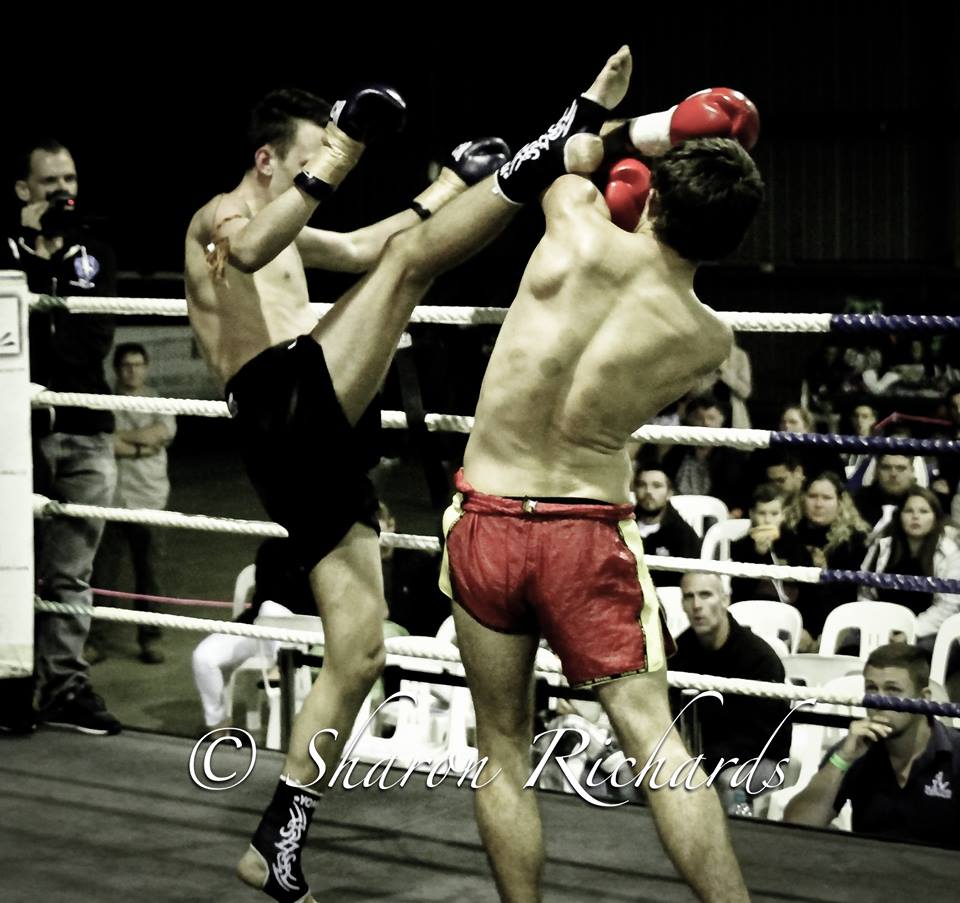 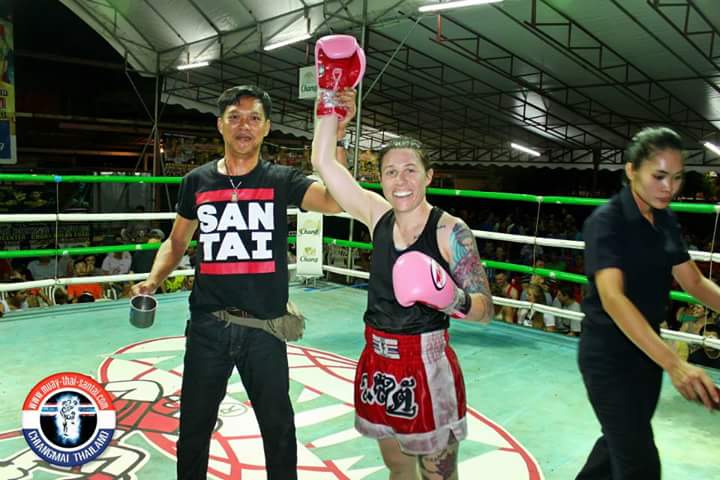 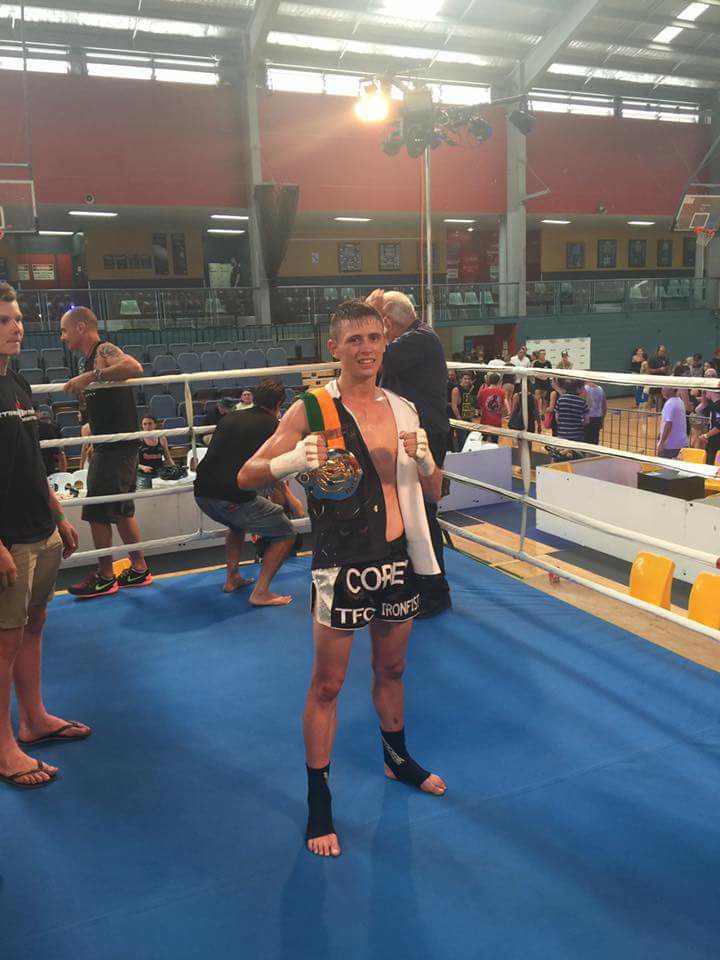 Well done to all our NRF fighters who fought over the weekend. Check out photos & videos below from all the action around the country… 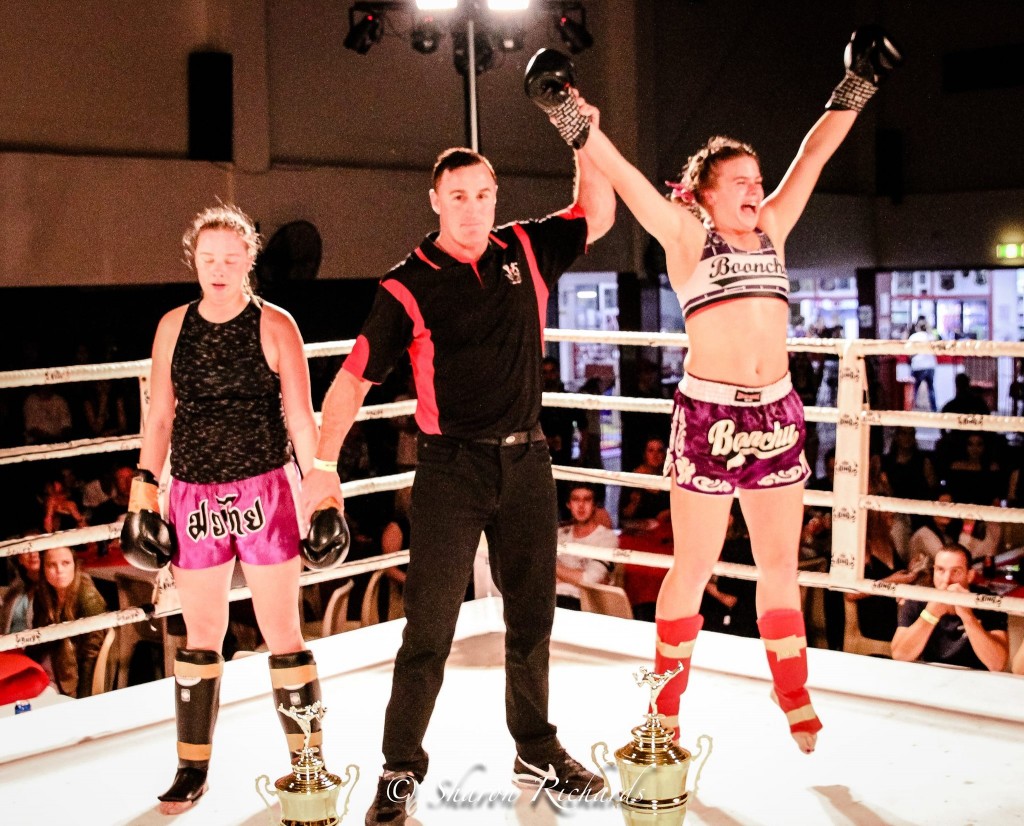 What a weekend for our NRF fighters! Awesome efforts to all who fought and took out titles over the country. Check out our photos below from…