Let us introduce Jayden Tryhorn. Jayden is currently coming off a massive win from last Saturday night, securing himself the WKBF Middleweight Australian Title on the Muay Thai at the Metro show in Brisbane (March 2nd). There is nothing stopping this guy and he hopes to be able to be one of the top pro fighters in Australia and to fight at a world level. Jayden would also love to fight in some of the big stadiums in Thailand.

Tryhorn looks up to the all the top super welter weight to middle weight fighters in the world, with the likes of Toby smith, Jordan Watson and Franki Giorgi.

Training 6 days a week and twice on Sundays, for 2-3 hours a night it’s no wonder Jayden is as tough as he is. He puts this all down to “Lots of hard training, no social life and a great gym to keep me focused”

After 3 years in the sport, Jayden reflects on his most memorable moments….”Winning the Myagi 4 man eliminator was awesome and my last fight for the WKBF Aus title was a war! – I really had to dig deep to get the win”. He’s also had a dabble in boxing “I’ve had 1 pro boxing fight, which I lost – majority points”, but Muay Thai is where his heart lies and 3 years ago he attributes his interested in the sport to a mate…”a mate of mine started training and showed me some highlights of Ramon Dekkers – it looked pretty brutal so I thought I’d give it a go”

With nothing confirmed just yet, Jayden plans on having a very active year and has his eye firmly set on the WMC Queensland Title. If you’d like to see more of Jayden, let us know if you’d like to put him on a show and we’ll arrange it for you.

Some final words from Jayden

“Just like to thank everyone at First Strike Gym, Grant, Micka and Tim escpically and anyone who’s come out and supported me in my fights, also my girlfriend for being really supportive of my fighting and thanks NRF”

Categories: Featured Fighters
Want to stay up with the lastest fight news & fight opportunities?
YES, COUNT ME IN!
<--Back 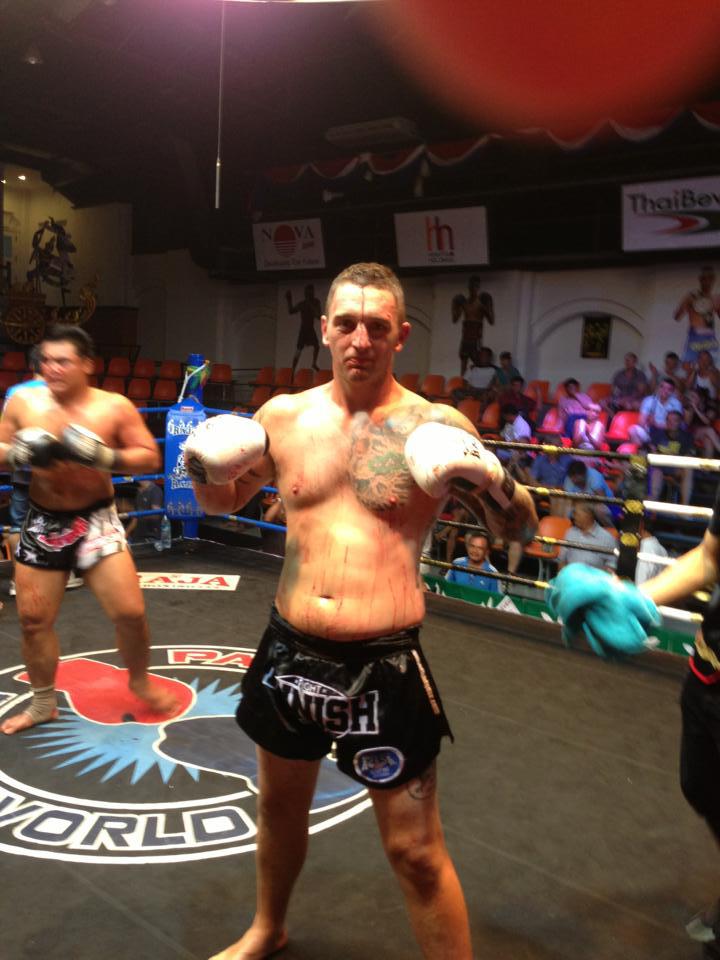